Roman Coin Mahjong is a competitive version of a Mahjong solitaire matching game. 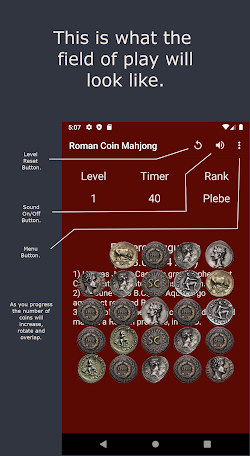 If you can not match all the Roman coin pairs in time then you will remain at the same level and be given a chance to replay the level with a different grouping of Roman coins.

As you progress from level to level in the game, you will achieve progressively higher ranks, which are shown below. 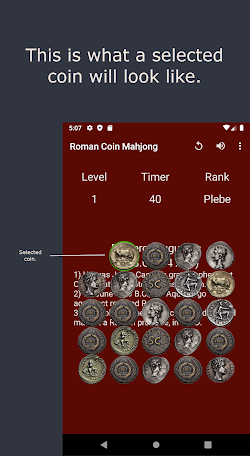 Emperor – Ruler of the Roman Empire

The Roman coins used in the game are from the reign of the following Emperors: 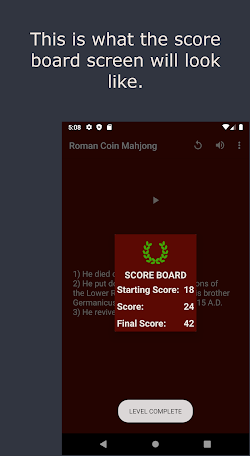 NOTE: This game was formerly called “Roman Mahjong – The Matching Game 👍” and “Roman Mahjong”, but was changed in hopes of getting a better ranking in the Google Play Store.
Upgrade Release Notes: 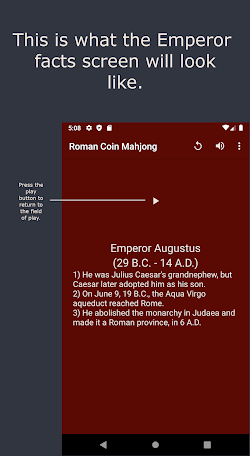 A competitive version of the solitaire Mahjong matching game with Roman coins and a background containing trivia about Roman Emperor(s).

Wonder Dream In Wonderland-can you escape? 7